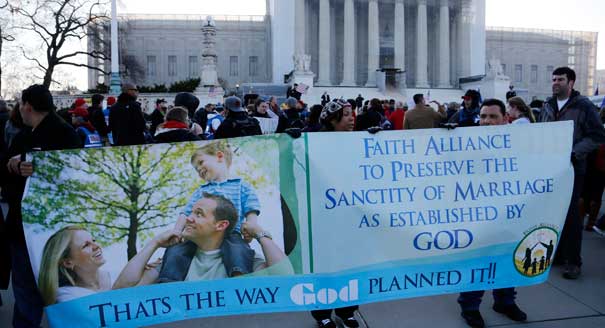 The preferred plot line for many in the GOP establishment for revitalizing their party goes something like this: They move to a more libertarian stance on key social issues â€” particularly same-sex marriage â€” and the Bible-thumping, evangelical wing of the party meekly complies, realizing times have changed.

One problem with that scenario, however: The Christian Right, while a diminished force, doesnâ€™t like how that story ends at all.

Leading cultural conservatives, including the movementâ€™s standard-bearers from the past two presidential campaigns, have had it with Republican elites faulting them for the partyâ€™s losses and are finally ready point a finger back at the establishment.

â€œThe last two presidential elections, we had more moderate candidates, so if anything a lot of conservatives went to the polls reluctantly or just didnâ€™t go at all,â€ said Huckabee in a separate interview. â€œIf all of the evangelicals had showed up, it may have made a difference.â€