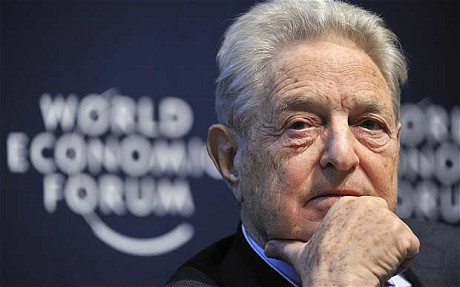 In the two days since the Soros Open Society Foundation hack by the DCLeaks collective, several notable revelations have emerged among the data dump of over 2,500 documents exposing the internal strategy of the organization, which expose some of Soros’ tactics to influence and benefit from Europe’s refugee crisis, the opportunistic funding and influence of media organizations, providing cash for assorted “pro-democracy” groups including the infamous La Raza, Soros’ funding of various “social justice” organizations while paying to track unfavorable media coverage including that of Pamela Geller.

One particular leaked memo, profiled earlier by the Daily Caller, argues that Europe’s refugee crisis should be accepted as a “new normal,” and that the refugee crisis means “new opportunities” for Soros’ organization to influence immigration policies on a global scale. OSF program officer Anna Crowley and program specialist Katin Rosin co-authored the May 12 memo, titled “Migration Governance and Enforcement Portfolio Review.”

As the authors write in the introduction, one of the purposes of the review “consider the effectiveness of the approaches we have used to achieve change at the international level.” A section of the review titled “Our Work” describes how America’s least transparent think tank has worked with “leaders in the field” to “shape migration policymaking and influence regional and global processes affecting the way migration is governed and enforced.”

This may be of particular interest to Germans, the majority of whom are displeased with Merkel’s “open door” policies in the aftermath of the recent terrorist attacks on German soil.