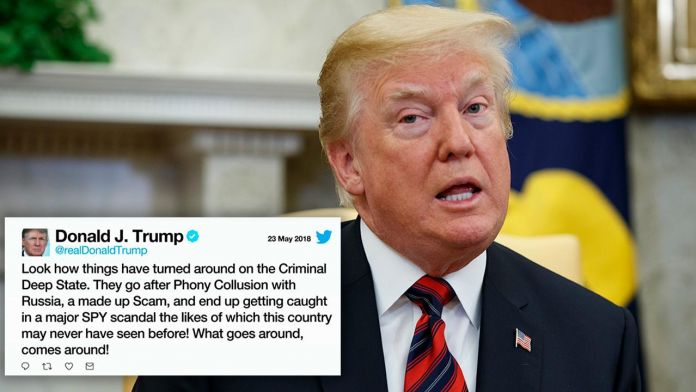 “Look how things have turned around on the Criminal Deep State. They go after Phony Collusion with Russia, a made up Scam, and end up getting caught in a major SPY scandal the likes of which this country may never have seen before! What goes around, comes around!” Trump tweeted Wednesday morning.

Minutes later, the president added: “SPYGATE could be one of the biggest political scandals in history!”