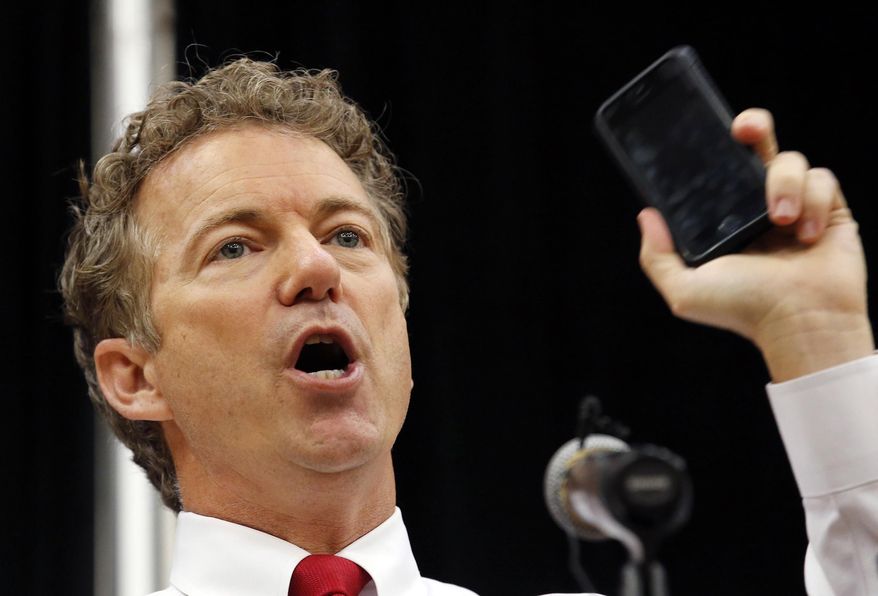 Sen. Rand Paul announced Wednesday afternoon he’s attempting to filibuster the extension of the Patriot Act, vowing to use all his legislative powers to try to end the snooping law.

The Kentucky Republican’s speech, which began at 1:18 p.m., is not technically holding up any legislation because the Senate is actually currently debating a trade bill, but Mr. Paul said his move was a filibuster nonetheless, as he vowed to hold the floor until he couldn’t go any longer.