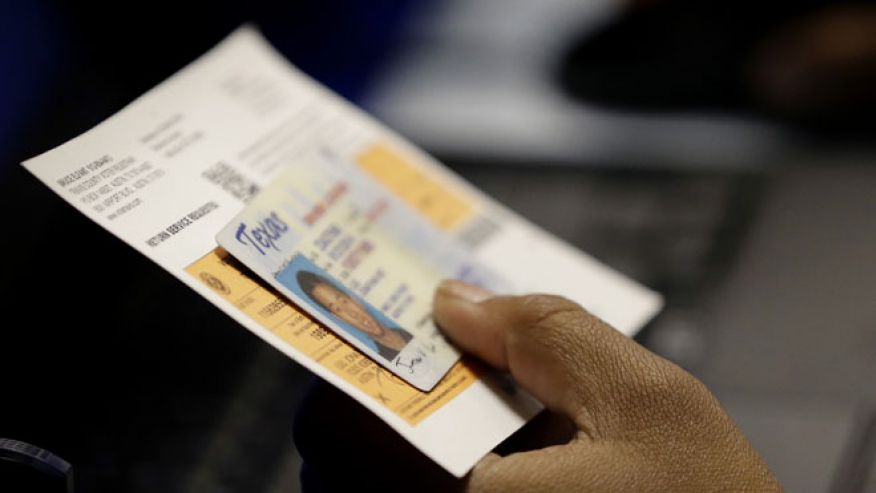 WASHINGTON – The Supreme Court said Saturday that Texas can use its controversial new voter identification law for the November election.

A majority of the justices rejected an emergency request from the Justice Department and civil rights groups to prohibit the state from requiring voters to produce certain forms of photo identification in order to cast ballots. Three justices dissented.

The law was struck down by a federal judge last week, but a federal appeals court had put that ruling on hold. The judge found that roughly 600,000 voters, many of them black or Latino, could be turned away at the polls because they lack acceptable identification. Early voting in Texas begins Monday.