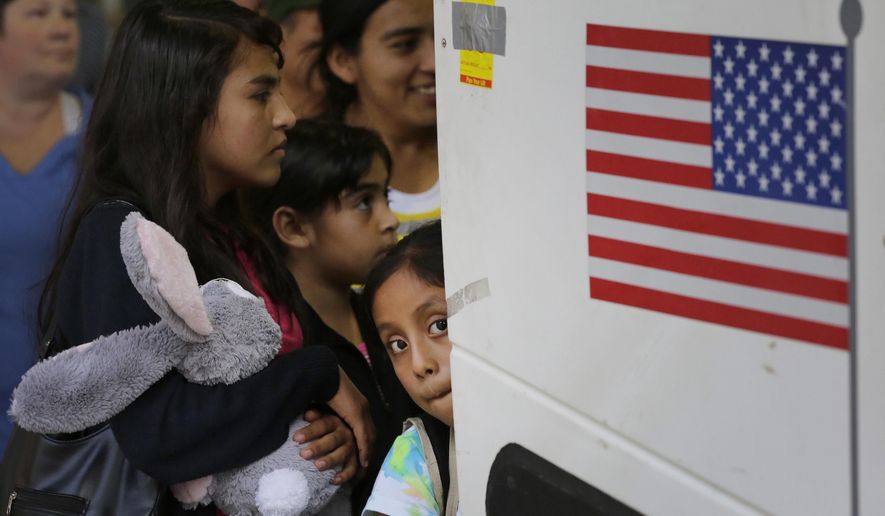 A unanimous Supreme Court ruled Monday that illegal immigrants and other noncitizens can be counted when states draw their legislative districts, shooting down a challenge by Texas residents who said their own voting power was being diluted.

The ruling does not grant noncitizens the power to vote, but says the principle of one person, one vote doesn’t require localities to only count those who are actually eligible to vote when they are deciding how many people to put inside of each district.

Justice Ruth Bader Ginsburg, writing for the court, said even though only eligible voters are supposed to cast ballots, elected officials represent all people within their districts, and it is that act of representation, not the election itself, that the boundaries are drawn to.

“As the Framers of the Constitution and the Fourteenth Amendment comprehended, representatives serve all residents, not just those eligible or registered to vote,” she wrote. “Nonvoters have an important stake in many policy debates — children, their parents, even their grandparents, for example, have a stake in a strong public-education system — and in receiving constituent services, such as help navigating public-benefits bureaucracies.”