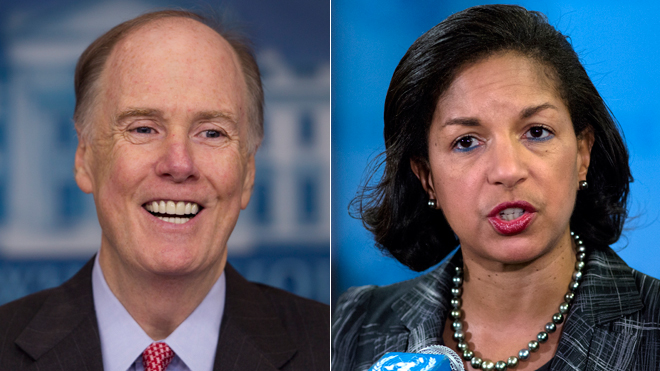 Susan Rice, the U.S. ambassador who drew criticism for her initial account of the Benghazi terror attack, has been named as national security adviser, a senior White House official confirmed to Fox News.

Rice will replace Tom Donilon, who is resigning from the post. Rice, the current U.S. ambassador to the United Nations, does not need Senate confirmation for the job.

The ambassador had earlier been considered in the running for the secretary of State post, which does require confirmation, but withdrew from consideration amid the continuing fallout over her role following the Benghazi attack.

Rice went on five Sunday shows after the attack and claimed it was triggered by protests over an anti-Islam film, an explanation many lawmakers said at the time was inaccurate. The administration later acknowledged there were no protests on the ground in Benghazi, though they have not officially ruled out that protests elsewhere may have played a role.

The administration, under pressure from the media and Republicans, last month released the so-called “talking points” which showed officials drafting and re-drafting their storyline in advance of Rice’s appearance. The intelligence community did cite demonstrations — however, references to militant and Islamic extremist groups, and to prior security warnings and incidents, were ultimately stripped out after objections from various administration officials.