Tea party sets sights on John McCain: ‘We’re sick to death of him’ 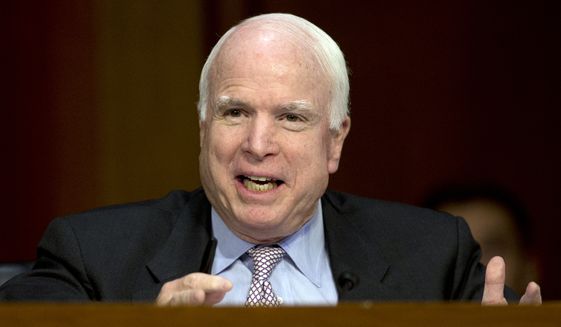 Sen. John McCain, 78, is starting to make moves that he’s interested in a sixth term — but tea party types are saying not so fast, that if he runs he can expect some stiff competition from the limited government crowd.

“I’m leaning toward it,” Mr. McCain said, when asked about his thoughts for a re-election, The Hill reported. That’s a notable switch from a month ago when he told The Wrap that he wasn’t sure about another Senate term — that he didn’t “want to be one of these old guys that should’ve shoved off.”