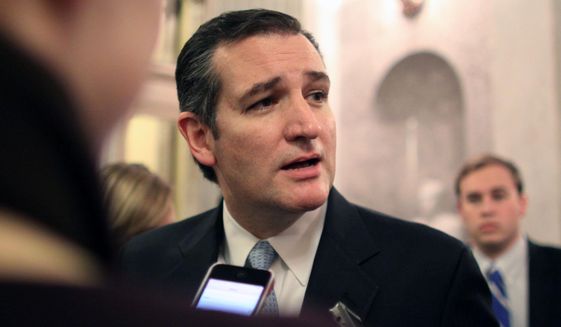 Sen. Ted Cruz, a likely 2016 presidential contender, said Monday that Congress should think about moving the White House to the nation’s southern border, suggesting it would be an eye-opening experience for President Obama, who the Texas Republican said has violated the Constitution by unilaterally granting amnesty to millions of illegal immigrants.

“One of the fun things in Washington is listening to Senate Democrats who live in states far, far, away from the border explain to those of us who live in states on the border how wonderfully secure the border really is,” Mr. Cruz said during remarks at the two-day Heritage Action Conservative Policy Summit. “I have a modest suggestion, perhaps we should move the White House down to the Rio Grande Valley.”

He added, “After all, there can’t be more people climbing the White House fence than there are now.”