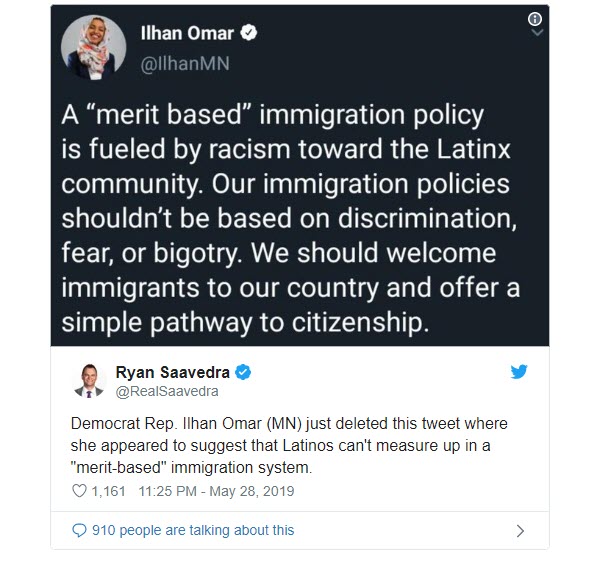 Earlier this month, President Trump unveiled his plans for immigration reform, including the installation of a merit-based system that grants migrants entry into the United States based on their trade, skill level, and education.

On Tuesday night, Omar slammed Trump’s proposal in a tweet that has since been deleted from her Twitter page.

A “merit based” immigration policy is fueled by racism towards the Latinx community,” Omar wrote. “Our immigration policies shouldn’t be based on discrimination, fear, or bigotry. We should welcome immigrants to our country and offer a simple way to citizenship.”