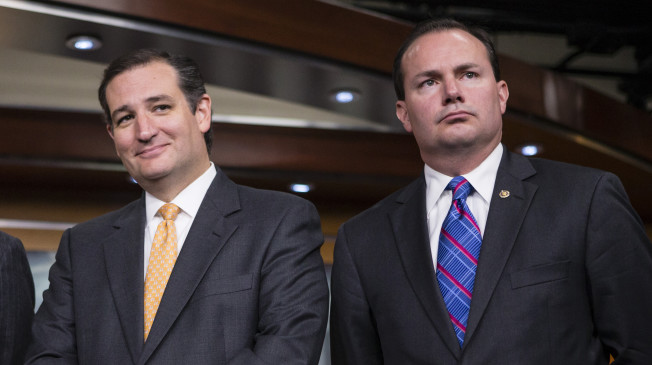 The endorsement comes just days before key contests in Ohio and Florida, and it gives the Texas Republican momentum after winning Idaho on Tuesday and receiving the endorsement of former Republican candidate Carly Fiorina on Wednesday.

Lee was one of only three GOP senators who missed today’s Senate vote on a bill to aid those affected by opioid abuse. The other two were Sens Rubio and Cruz.

While Cruz has become a divisive figure within the Republican conference in the Senate, Lee is considered one of his only allies, and at a recent campaign stop Cruz said Lee was “someone I love like a brother.”