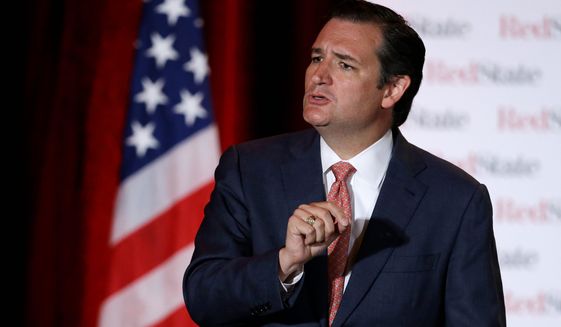 Sen. Ted Cruz, Texas Republican, told a crowd of 3,000 at a conservative summit in Dallas that Americans fighting with Islamic State militants should be exiled from the country saying, “we need to not let into this country any American who is fighting with ISIS.”

But some conservative politicians say that banishing American jihadists doesn’t go far enough, and that those who leave the country to fight for militant groups like the Islamic State, Hamas, or al Qaeda should be stripped of their citizenship.

On Friday, former Massachusetts Sen. Scott Brown, who is running for a U.S. Senate seat in neighboring New Hampshire, called for Congress to pass legislation to strip “homegrown terrorists” of their American citizenship.