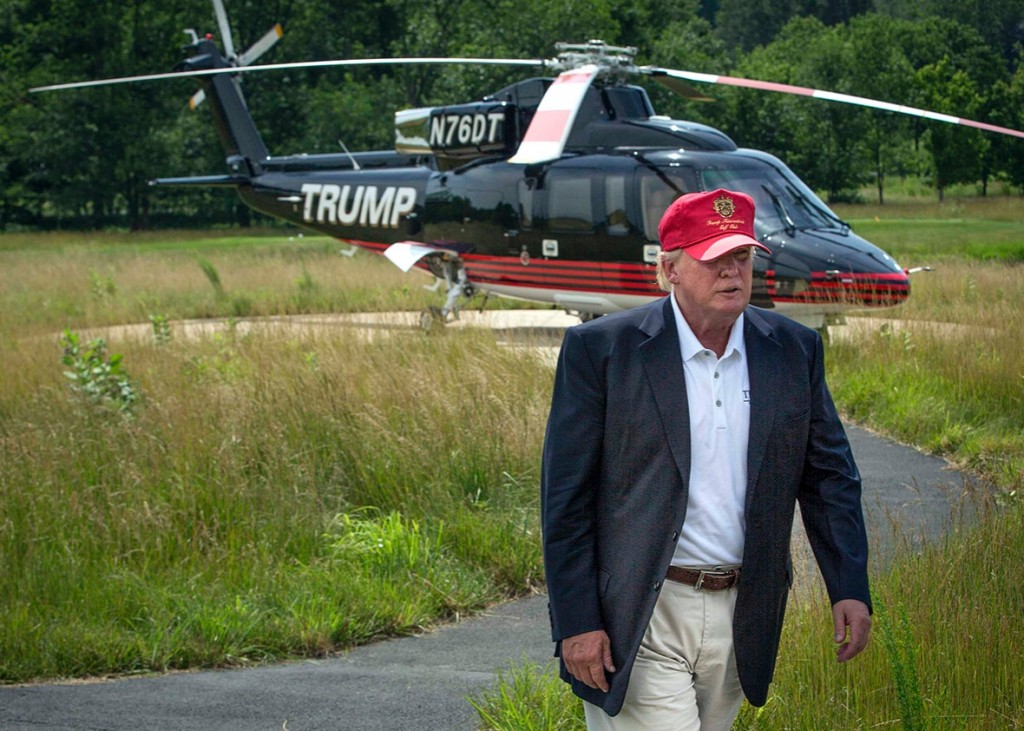 From Eli Stokols writing at Politico:

At a press conference at the nearby softball field where his helicopter landed, Trump held forth before close to a hundred members of the media, repeating the same slogans about making the country “great” and brushing off questions about his fuzzy policy positions, telling reporters that they were far more concerned about the details than voters are.

He again argued that Jeb Bush, by virtue of his $120 million campaign warchest, would be beholden to his donors. Moments later, he avowed that he’d be willing to spend $1 billion on his campaign “if I had to.”