‘There will be more’: Chilling 911 call after the Chelsea explosion 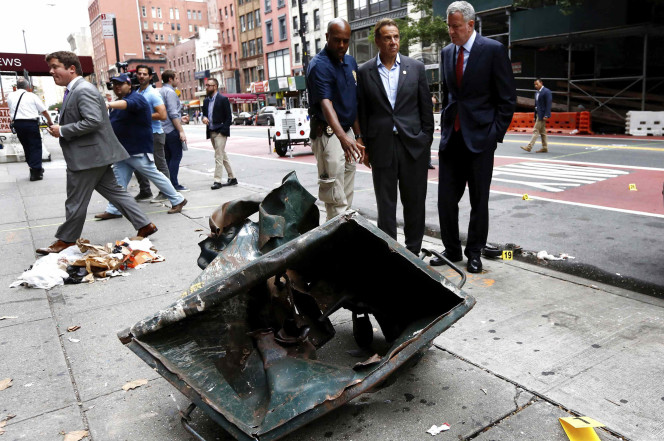 A 911 caller issued a chilling warning moments after the Saturday night bomb that rocked Chelsea — saying, “There will be more.’’

“I’m looking at the explosion down the block. There will be more,” the unidentified male caller threatened, law-enforcement sources told The Post Sunday.

As the suspect behind the terrifying blast that injured 29 people remained on the loose, officials revealed similarities between the pressure-cooker bomb that blew up on West 23rd Street, a similar undetonated device found on West 27th Street, and the pipe bomb that exploded hours earlier at the Jersey Shore.