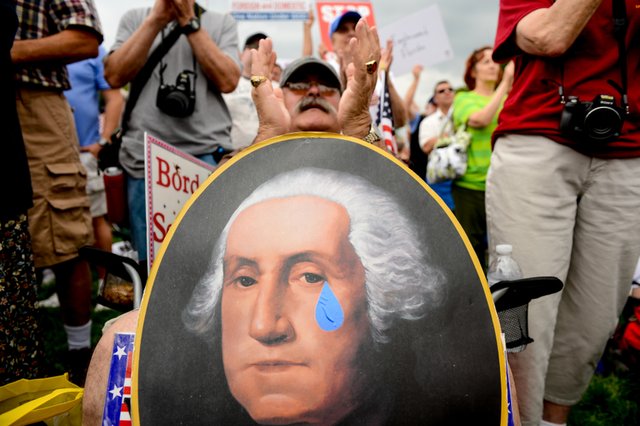 Anti-tax protesters staged a large rally on the grounds of the U.S. Capitol Wednesday to air their grievances against the Internal Revenue Service and what speakers described as an intrusive, overweening federal government.

The rally comes amid multiple active probes into the improper targeting of conservative groups applying for tax-exempt status by IRS officials, and who in the Obama administration knew about the targeting.

â€œDonâ€™t you love the look of liberty?â€ Rep. Michele Bachmann, Minnesota Republican and a former IRS lawyer, asked the crowd.

â€œIn my former life, I actually was an insurgent,â€ she said, â€œbecause I believe if you understand the enemy from the inside out thatâ€™s the best way to defeat them.â€