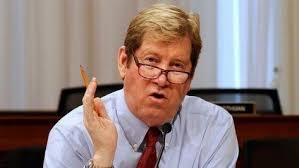 Republican Rep. Jason Lewis told Fox News he has contacted the police over threats to him and even his daughters in the wake of reports about controversial statements he made as a radio show host.

“It was serious enough for my office to alert the Capitol Police,” Lewis told Fox News.

The Minnesota congressman said his daughters were threatened in sick messages received by his office. It marks the latest in a wave of threats against not just Republican lawmakers themselves but their families.

Rep. Lee Zeldin, R-N.Y., also revealed threats against his daughters this month, telling Todd Starnes that “some of the stuff that has been said has been quite sick” and the number of threats has increased dramatically since the last election.