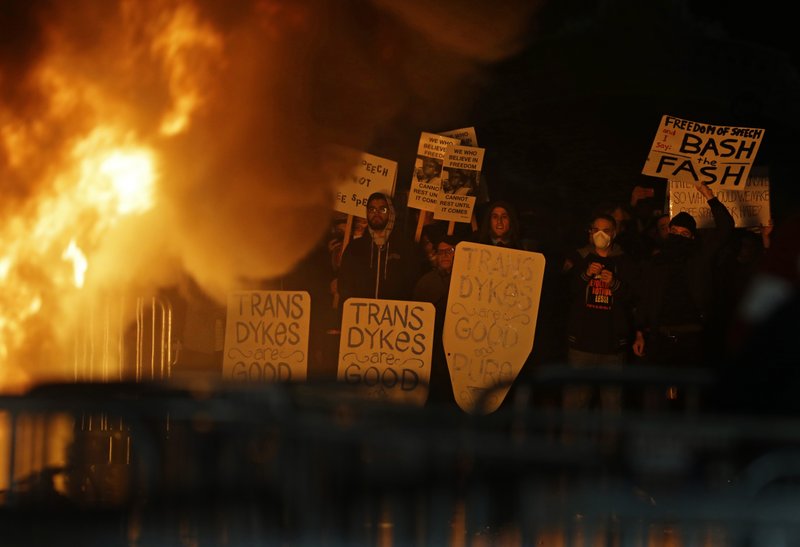 Several injuries have been reported and at least four banks have been vandalized after demonstrators marched away from the scene of a violent protest at the canceled speaking event by controversial far-right writer and speaker Yiannopoulos on the University of California at
Berkeley campus.

UC Berkeley officials said the protest was infiltrated by vandals.

Yiannopoulos was making the last stop of a tour aimed at defying what he calls an epidemic of political correctness on college campuses.

With masked activists joining the already large group of protesters gathered in the area between Sather Gate and the north end of Telegraph Avenue as night fell, campus police were holding their positions near the entrance of the Martin Luther King Jr. Student Union building hosting the event.