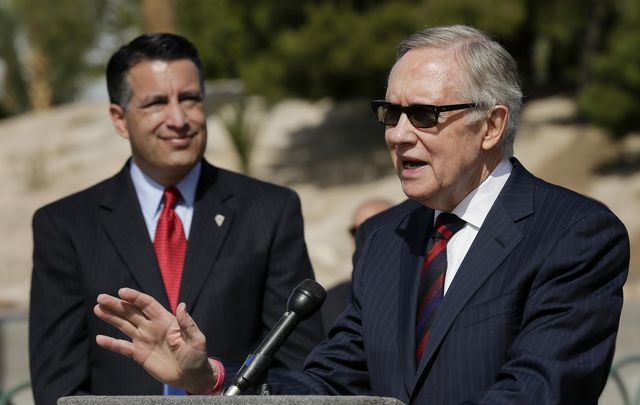 Senate Majority Leader Harry Reid weighed in on the Nevada ranch standoff, warning that even though federal agents retreated over the weekend, “it’s not over.”

Mr. Reid’s remarks Monday appeared to be his first public comments since Bureau of Land Management agents touched off a confrontation with demonstrators last week by seizing cattle from the Bundy family ranch in a dispute over grazing fees. The agency, which says Cliven Bundy owes more than $1 million in unpaid fees, backed off Saturday and returned the cattle.

In impromptu remarks Monday after a speech at the University of Nevada, Reno, however, Mr. Reid struck a defiant tone on the matter of lawbreaking.

“We can’t have an American people that violate the law and just walk away from it,” Mr. Reid told Reno TV station KRNV. “So it’s not over.”