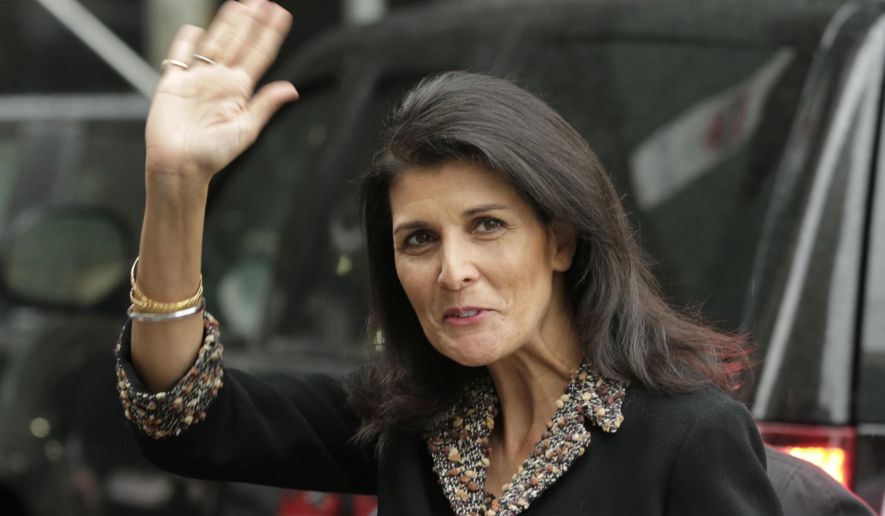 UNITED NATIONS (AP) — New U.S. Ambassador Nikki Haley arrived at the United Nations Friday announcing a new way the U.S. does business: The Trump administration’s goal is to show U.S. strength, speak out, and defend its allies — and as for countries opposing America, “We’re taking names.”

Haley spoke to the news media immediately after she walked into U.N. headquarters for the first time, saying “it’s a thrill to be here” and declaring that at the U.S. Mission to the United Nations, “You are gonna see a change in the way we do business. It’s no longer about working harder, it’s about working smarter.”

In the halls of U.N. headquarters, the Trump administration’s approach to the 193-member world organization has been a subject of non-stop diplomatic discussion, speculation and concern.

The United States is a permanent veto-wielding member of the U.N. Security Council, the U.N.’s most powerful body, and pays 22 percent of its regular budget and over 28 percent of the costs of its far-flung peacekeeping operations.