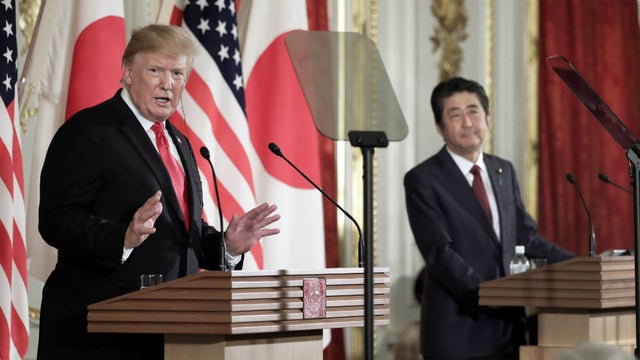 President Trump on Monday tore into Joe Biden on the international stage, agreeing with a foreign strongman’s characterization of the former vice president as “low IQ” and ripping his record during a press conference in Japan.

Asked whether he was siding with a foreign dictator over a vice president from his own country, Trump did not back down.

“Kim Jong Un made a statement that Joe Biden is a low IQ individual. He probably is based on his record, I think I agree with him on that,” Trump said while standing alongside Japanese Prime Minister Shinzo Abe at a press conference in Tokyo.

When he was asked a follow-up question, Trump railed on the Obama administration’s foreign policy with regards to North Korea and Iran, singling out the Iran nuclear deal as a disaster.