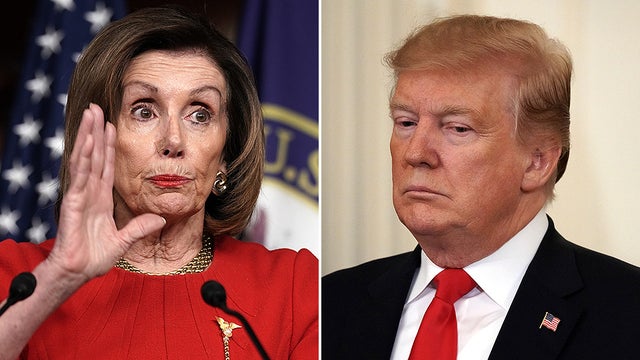 Speaker Nancy Pelosi (D-Calif.) is flexing her muscles at the start of a critical election year by challenging President Trump on two explosive issues — impeachment and Iran — that are sure to exacerbate tensions between Congress and the White House.

Lawmakers in the House will vote this week to limit Trump’s military powers amid intensifying friction with Tehran, marking a new and unexpected front in Democratic efforts to rein in a president they impeached just weeks ago on charges of abusing his office over foreign policy in Ukraine.

The “War Powers Resolution” arrives as questions swirl over when Pelosi will deliver the impeachment articles to the Senate, a step she’s declined to take before Republican leaders outline the trial parameters. Pelosi charged over the weekend that absent a serious effort to gather and weigh new evidence, Senate Majority Leader Mitch McConnell (R-Ky.) is merely an “accomplice” to Trump’s misconduct.

The dueling debates carry the highest stakes and have rekindled the on-again, off-again branch battle over the separation of powers at the heart of the Constitution — a theme Pelosi is making central to the discussions over both Iran and impeachment.