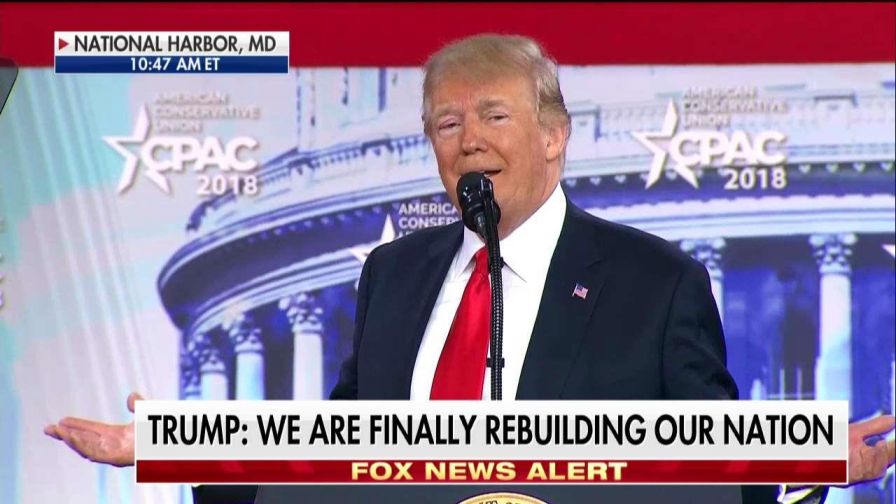 NATIONAL HARBOR, Md. – President Trump, in a fiery and freewheeling speech to conservative activists on Friday, implored his base to get off their “ass” and “clobber” Democrats in upcoming elections so they won’t try to repeal the Second Amendment, undo recent tax cuts and install liberal judges.

“If they get in, they will repeal your tax cuts,” Trump said during an appearance at the annual Conservative Political Action Conference outside Washington. “They will put judges in that you wouldn’t believe. They will take away your Second Amendment, which we will never allow to happen.”

Trump, in a speech reminiscent of those during the campaign, ticked off his accomplishments over the last year, including passing tax cuts, deciding to move the U.S. embassy in Jerusalem and withdrawing from the Paris climate accord.

The president also used the occasion to address the recent debate over gun control, in the wake of last week’s school shooting massacre in Florida, and call for more armed security in schools. Had teachers been armed in Florida, Trump said, “the teacher would have shot the hell out of [the attacker] before he knew what happened.”