Trump at NRA convention: ‘Eight-year assault’ on gun rights is over 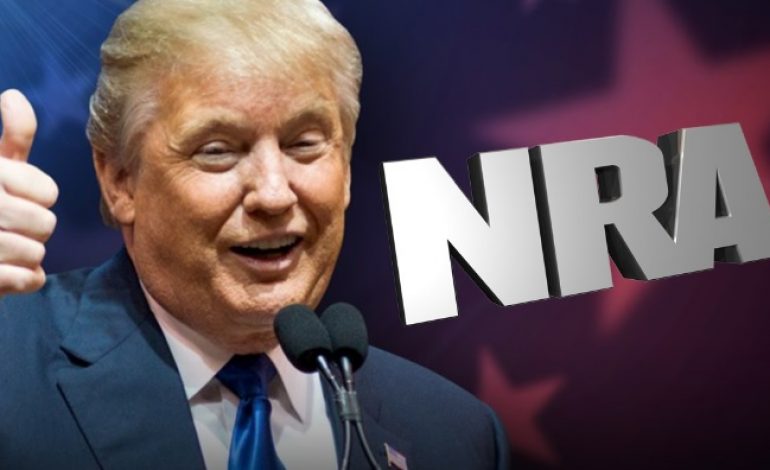 On the eve of his 100th day in office, President Trump rallied a convention of the National Rifle Association by vowing to “never, ever infringe” on Second Amendment rights and declaring his predecessor’s alleged “assault” on those freedoms is over.

“I am here to deliver you good news: the eight-year assault on your Second Amendment freedoms has come to a crashing end,” Trump told the cheering crowd.

Trump is the first sitting president to address an NRA convention in more than three decades. The last president to do so was Ronald Reagan in 1983.

Trump started his address with a freewheeling recollection of his November election victory, crediting the gun rights group for helping him win. “You came through for me and I am going to come through for you,” he said.