Trump, Biden battle to shape opinion on scenes of unrest 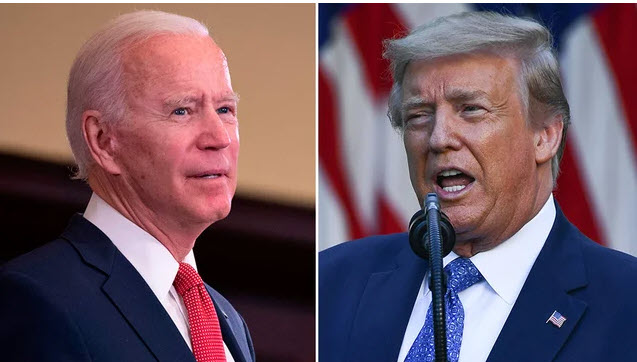 President Trump and presumptive Democratic nominee Joe Biden are fighting to shape public perception around the protests convulsing the country, a high-stakes battle that comes as the nation is gripped by largely peaceful protests mixed with disturbing scenes of chaos.

Trump is taking a hardline approach on law and order, using military personnel to crack down on protesters outside the White House and demanding that Democratic leadership in metro areas regain control from vandals and looters that have ransacked businesses and fought with the police.

The president’s campaign is making the case that Biden is too weak and that the country needs a strong leader in a time of crisis.

Biden is casting Trump as lacking in empathy at a time when racial tensions are boiling over after the death of George Floyd, an unarmed black man who died on a street in Minneapolis after a police officer restrained him by kneeling on his neck. That officer now faces murder charges, though his three colleagues who looked on so far do not.