Trump blasts Democrats at Tennessee rally: ‘Willing to do anything and hurt anyone’ for power’ 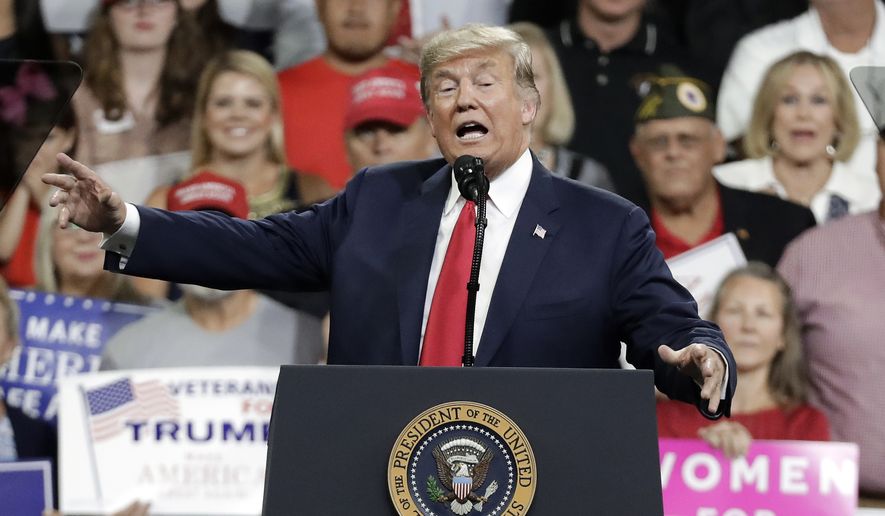 JOHNSON CITY, Tennessee — President Trump on Monday labeled Democrats the “party of crime” and urged voters to stop them in next month’s midterm elections.

“Democrats are willing to do anything and hurt anyone,” as they’ve done to Judge Kavanaugh, Mr. Trump told a rally with thousands of supporters at the Freedom Hall Civic Center.

The real reason Democrats oppose Judge Kavanaugh was not because of alleged sexual misbehavior in high school or college, said Mr. Trump, but because as a Supreme Court justice, he will follow the Constitution.