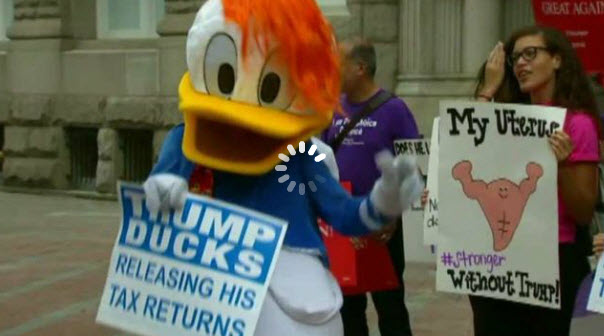 The latest video from Project Veritas allegedly showed a Democratic operative – who previously had been linked to individuals accused of planting provocateurs at Trump events – bragging about receiving orders from Clinton to deploy Donald Duck-suited protesters to Trump events.

“In a totally disqualifying act that is a violent threat to our democracy, Hillary Clinton directly involved herself in inciting violence directed at Trump supporters,” Trump senior communications adviser Jason Miller said in a statement, demanding an investigation.