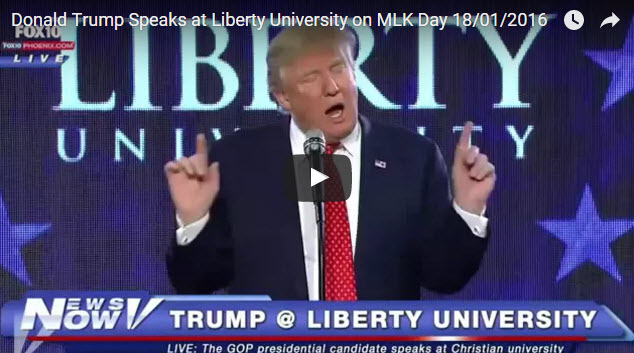 GOP presidential front-runner Donald Trump touted his faith at Liberty University on Monday, telling the conservative college that Christians have to ban together because their religion “is under siege.”

“We’re going to protect Christianity,” he said. “If you look at what’s going on throughout the world…Christianity is under siege.”

Trump pointed to targeting of Christians by terrorist groups in Syria and urged Christians to work together to use their “power” within the United States to enact change.