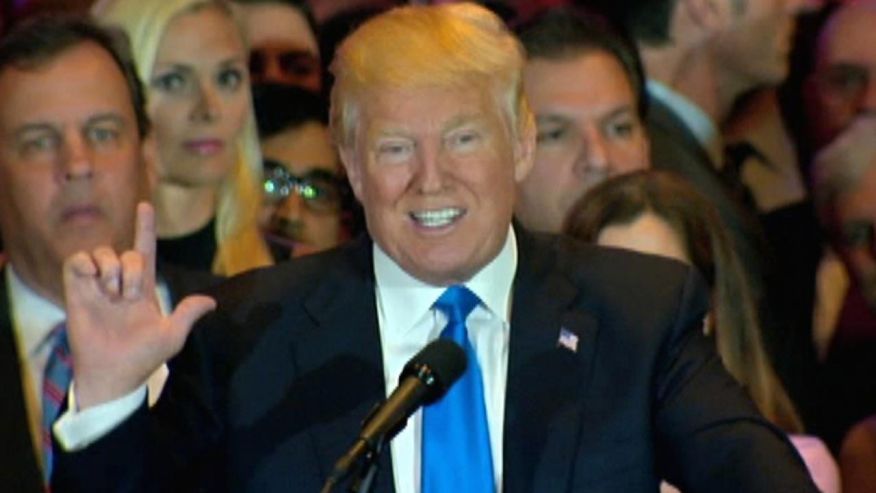 Donald Trump completed a five-state sweep in Tuesday’s Republican presidential primaries, strengthening his shot at avoiding a contested convention – while Hillary Clinton scored convincing victories but was denied the same bragging rights of a primary sweep by a surprise Bernie Sanders win in Rhode Island.

Of the two front-runners, Clinton – who won four states Tuesday – remains closer to clinching the nomination. She now has nearly 90 percent of the delegates needed to secure the party nod, even as Sanders vows to keep fighting.

On the Republican side, Texas Sen. Ted Cruz and Ohio Gov. John Kasich still can potentially hold Trump under the 1,237 delegates he needs. But the billionaire businessman’s Super Tuesday III run-of-the-table reinforces his aura of invincibility going into the next round.

“I consider myself the presumptive nominee,” Trump said at Trump Tower, with ex-candidate and now-supporter New Jersey Gov. Chris Christie standing behind him. “As far as I’m concerned, it’s over.”