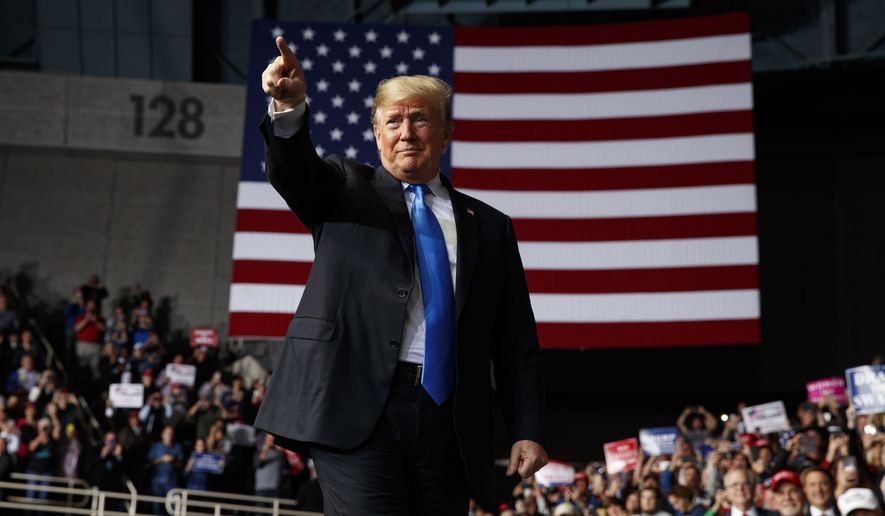 President Trump is laying his Republican Party leadership on the line in the midterm elections, scheduling a blitz of rallies in the final week of the campaign and launching a $6 million TV ad buy for GOP candidates nationwide.

The president will hold 11 more fundraisers and rallies through Nov. 6, working to make the closing argument for Republicans in Florida, Missouri, Indiana, West Virginia, Ohio, Montana, Tennessee and Georgia.

The campaign appearances will be a combination of getting Republicans out to vote and talking about “our booming economy, free market solutions for health care and the need for a border wall to stem the tide of illegal immigrants,” said Michael Glassner, the Trump campaign’s chief operating officer.

Mr. Trump’s cross-country sprint to Election Day adds up to 53 rallies in 23 states for Republicans in this two-year election cycle — 30 of them after Labor Day. In 2010, President Obama held 27 rallies and fundraisers for Democrats for the midterm elections.