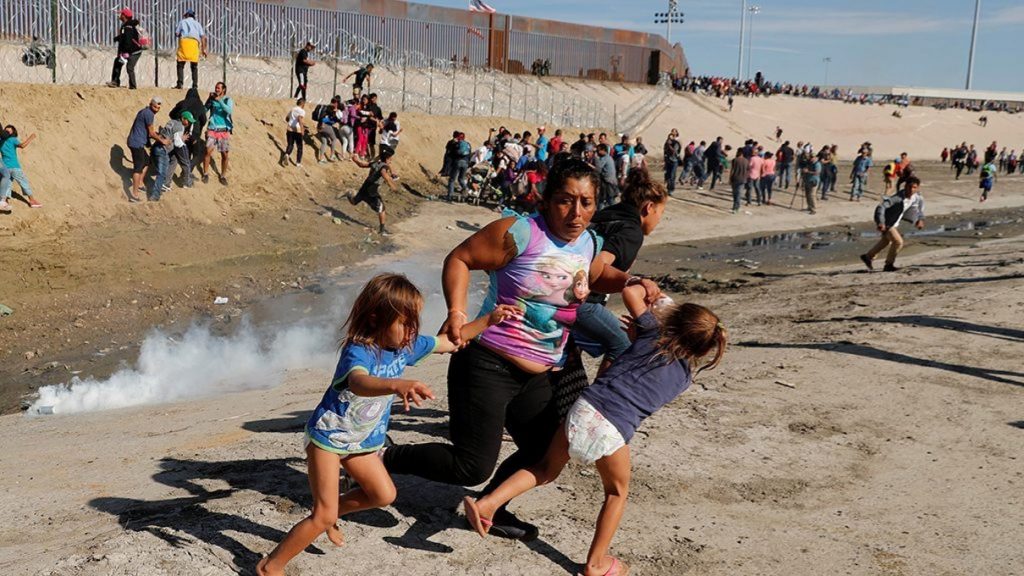 At a Monday night roundtable in Mississippi on his bipartisan criminal justice reform effort, President Trump charged that some migrants he identified as “grabbers” who rushed the San Ysidro, Calif., point of entry on Sunday essentially used children as human shields at the border.

“We’ve had some very violent people, and we don’t want, frankly, those people in our society,” Trump said at the Biloxi event, which included Mississippi law enforcement officials and South Carolina Republican Sen. Lindsey Graham. “We don’t want those people in our country. Three Border Patrol people yesterday were very badly hurt, getting hit with rocks and stones.”

The president turned to the widely circulated images from Sunday’s episode, which showed some migrants running away with children as tear gas canisters landed nearby. Videos and images from the port of entry also showed migrants throwing what appeared to be rocks over the fence and attempting to breach the wall.