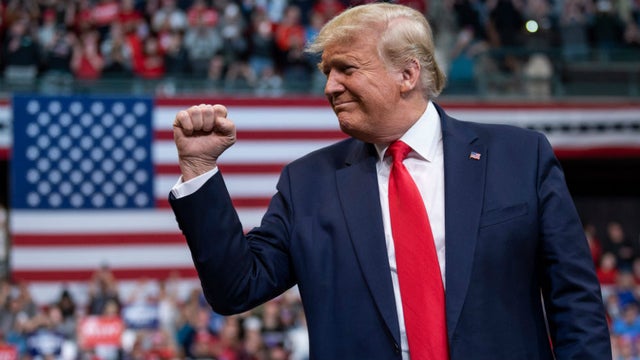 MANCHESTER, N.H. — President Trump held a campaign rally here on the eve of the nation’s first 2020 presidential primary, offering counterprogramming to the Democrats barnstorming the Granite State in their efforts to replace him.

“Who is their weakest candidate? I think they’re all weak,” Trump said Monday. “They’re all fighting each other. They’re all going after each other.”

He also took multiple shots at the party’s handling of last week’s muddled Iowa caucuses amid the ongoing fallout over the irregularities in the final delegate calculations.

“The Democratic Party wants to run your health care, but they can’t even run the caucus in Iowa,” Trump said.

“Does anyone even know who won Iowa?” he continued to laughter, even directing the question to Sens. Lindsey Graham (R-S.C.) and Rand Paul (R-K.y.).