Trump: I will give State of the Union when the shutdown is over 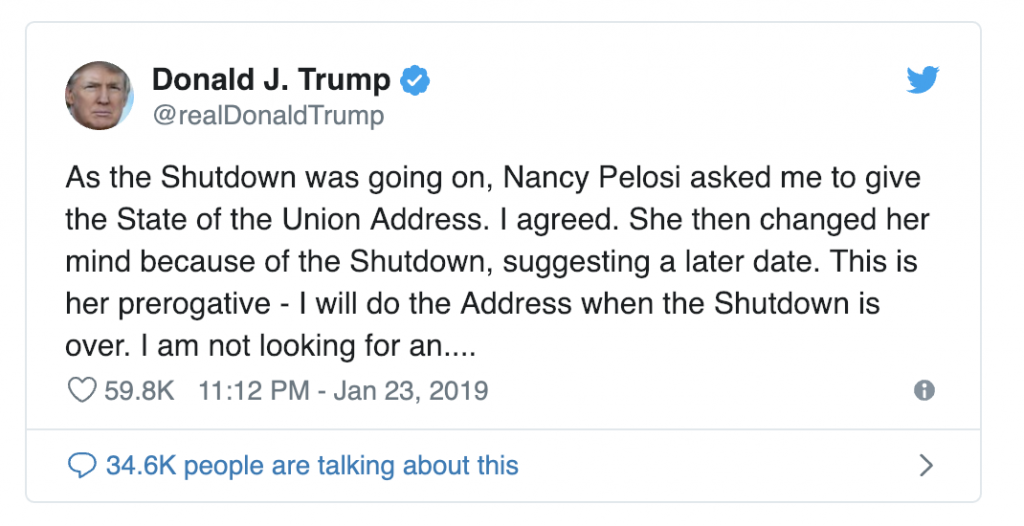 President Trump acquiesced to House Speaker Nancy Pelosi’s request, saying late Wednesday he would wait to give the State of the Union address until after the shutdown ends.

“I am not looking for an alternative venue for the SOTU Address because there is no venue that can compete with the history, tradition and importance of the House Chamber,” he said on Twitter.

The annual address, originally set for Jan. 29 per the California Democrat’s invitation, had become a political saga as the partial government shutdown dragged on to become the longest in U.S. history.

Pelosi had earlier requested Trump postpone the address because of security concerns — more than 800,000 government employees, including those in the Department of Homeland Security and Secret Service, are working either without pay or are furloughed — and then said she would not bring a continuing resolution to the floor of the House to officially allow Trump to speak.