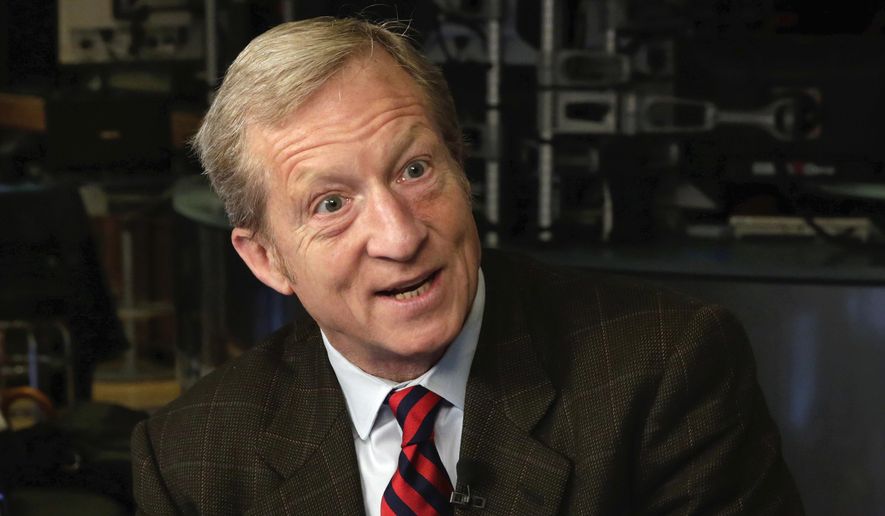 President Trump showed no signs of pulling back on his strident political attacks Sunday, despite pleas to do so after a week of real and potential violence.

On Twitter, he labeled liberal California donor Tom Steyer as being “wacky” and unstable in a CNN interview Sunday morning.

The president said the wealthy Trump critic, who frequently champions environmental causes, would not fare well within his own party if he ran for president, to say nothing about a potential matchup in the general election.

“He comes off as a crazed & stumbling lunatic who should be running out of money pretty soon. As bad as their field is, if he is running for President, the Dems will eat him alive!” Mr. Trump tweeted.