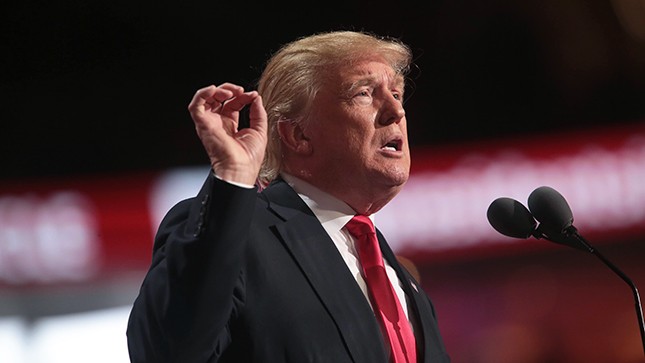 Donald Trump said Saturday that his true opponent in the general election is the media.

Trump has repeatedly lashed out at media that he calls “dishonest” over the course of his campaign.

Earlier Saturday, he bashed the New York Times after a report came out in which sources characterized Trump as “sullen” and struggling to recover in light of lagging poll numbers.

He renewed those attacks on the Times at the rally Saturday, saying he’s considering revoking their credentials to cover his rallies.

252 Comments - what are your thoughts?