by By Dave Boyer and Stephen Dinan
November 6, 2018 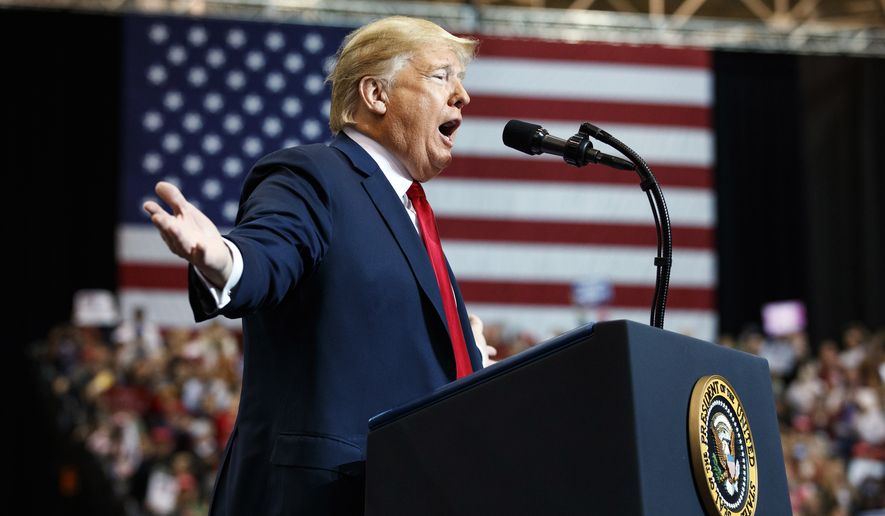 President Trump intensified his closing campaign argument Monday in three key midwestern states, urging voters to “stop the radical resistance in its tracks” and to protect the gains of his political movement as voters decide control of Congress.

He and GOP leaders on Capitol Hill continued to express optimism over Tuesday’s elections, though the final indicators, from late-breaking polls to early voting tallies, suggested Democrats are poised for significant gains from Congress to governor’s mansions across the country.

More Democrats voted early than Republicans in Florida, home to a number of key races, while in Arizona, Republicans’ traditional voter-turnout advantage shrank in early voting, according to state statistics.