Trump lashes out at Pelosi during rally, tells her to ‘go back’ to home district 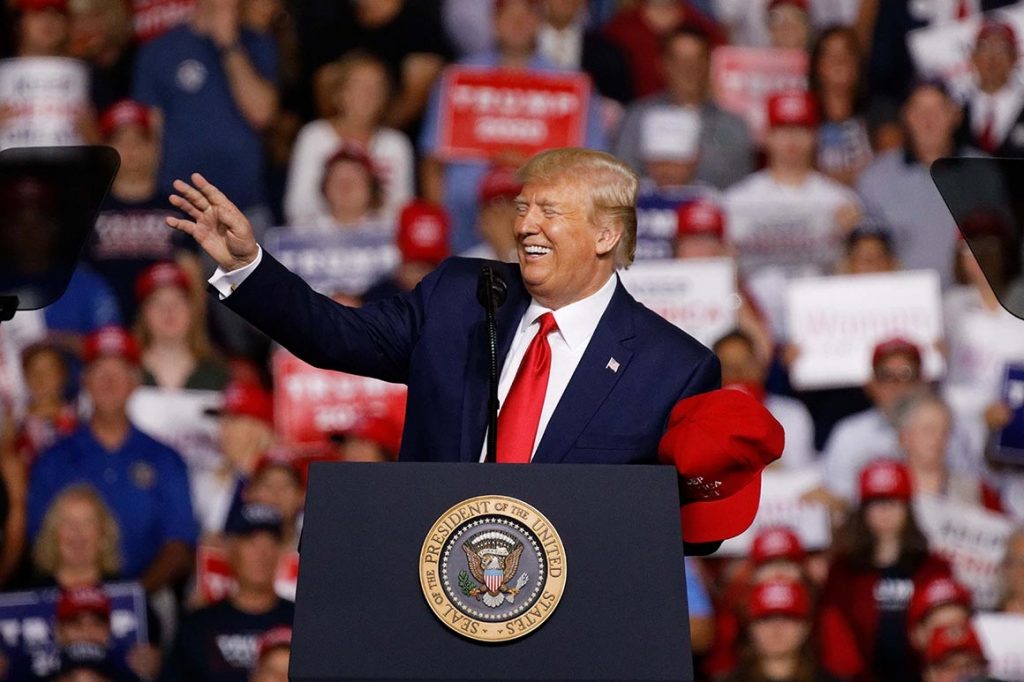 President Trump lashed out at Speaker Nancy Pelosi during a campaign rally in Lexington, Ky., Monday evening, saying the Democratic leader needed to “go back” to her home district of San Francisco to clean up the “drugs” and “needles” in the streets.

“Nancy ought to stop wasting time, go back to her district in San Francisco, help the homeless, get rid of the drugs, get rid of the needles that are lying all over the street and all the things that are washing into the ocean through their storm sewer system,” Trump told the crowd.

“What’s happened in San Francisco and what’s happened to many other places run by the radical left Democrats, it’s unbelievable,” he continued, comparing Los Angeles to a “third-world city.”

Trump has ramped up attacks on Pelosi, House Intelligence Committee Chairman Adam Schiff (D-Calif.) and other Democrats since the impeachment inquiry against him began in September. The inquiry is centered on a July 25 call during which Trump asked Ukraine’s president to investigate former Vice President Joe Biden and his son Hunter Biden’s business dealings with a Ukrainian energy company.