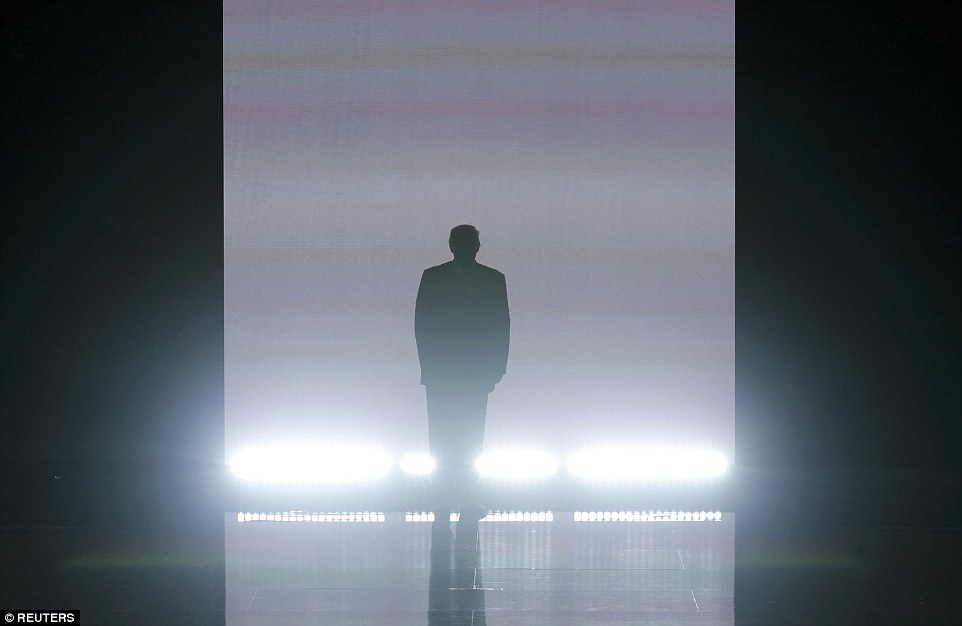 With Queen’s “We Are The Champions” ringing out in the convention hall, Trump’s silhouette appeared on stage, with bright white lights flanking him from below.

The presumptive Republican presidential nominee gave a thumbs-up to the crowd and and walked forward.

“It is my great honor to present the next first lady of the United States, my wife and amazing mother, an incredible woman, Melania Trump.”