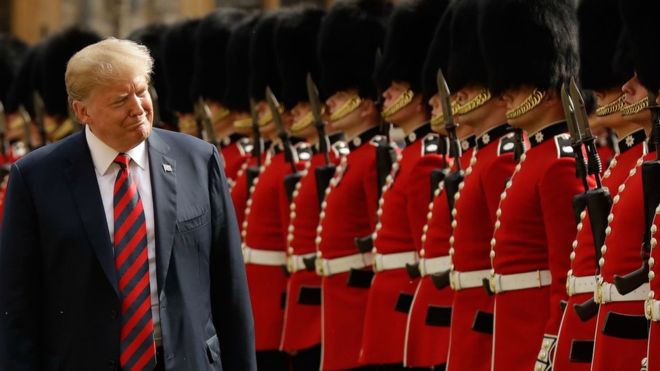 President Trump arrived in London on Monday for a long-awaited visit to the United Kingdom amid a turbulent time in British politics.

The president will take part in the pageantry of a state visit with one of America’s closest allies — dining with the queen, meeting with other members of the royal family and attending a ceremony commemorating the 75th anniversary of D-Day.

But there’s potential for tumult on the political side as the British government is in flux and Trump has been unafraid to weigh in on the state of affairs across the pond.

Trump will meet with Prime Minister Theresa May just days before she steps down over her inability to secure a Brexit deal, something the president criticized her for when he visited the country last year.