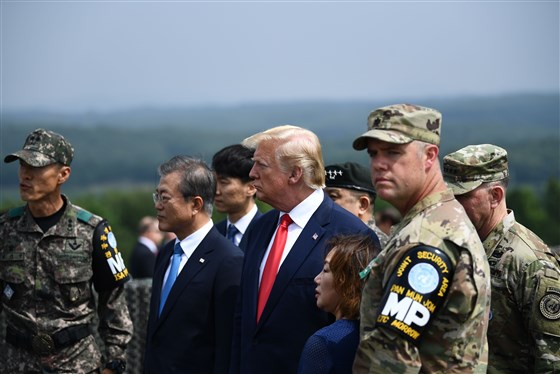 Side-by-side with Kim in the heavily-fortified demilitarized zone, Trump became the first sitting U.S. president to cross the 1953 armistice line separating North and South Korea, then joined Kim for a roughly 50-minute meeting.

It was their third since Trump took office, but none have yet yielded a nuclear deal.

“Stepping across that line was a great honor,” Trump said, later adding that it was “something incredible.”