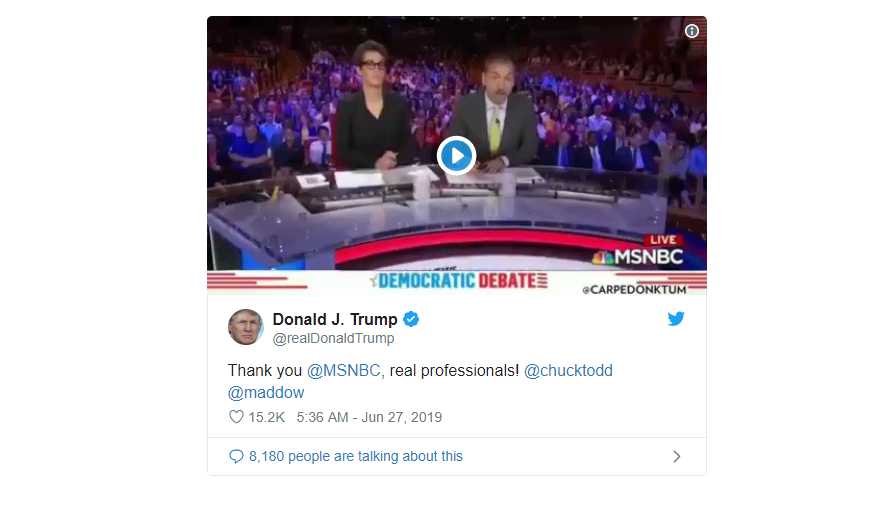 President Trump continued to mock NBC News on Thursday morning for technical issues during the first Democratic primary debate, posting a hilarious doctored video of him appearing at the debate to the tune of “Crazy Train” by Ozzy Osborne.

“Thank you @MSNBC, real professionals! @chucktodd @maddow,” he wrote, adding a video made by Carpe Donktum, Trump’s favorite meme creator on the Internet.

Trump went after NBC News for a rather embarrassing transition into its second hour of the first Democratic primary debate, where they faced technical difficulties that forced them to cut to a commercial break.