Trump Not Going to Bow Down to China 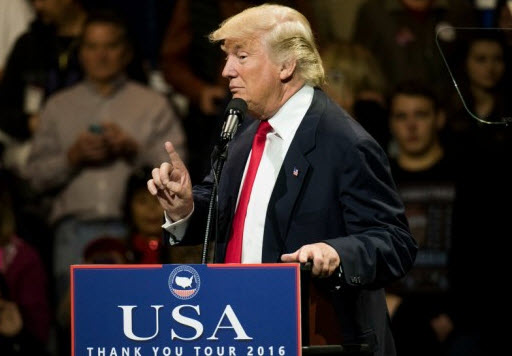 Donald Trump said the U.S. shouldn’t necessarily “be bound by a One-China policy” in his first Sunday show interview as president-elect, adding that he doesn’t want China telling him what to do.

When pressed about his call with Taiwan — which broke decades of diplomatic protocol — by host Christ Wallace on “Fox News Sunday,” Trump said, ” I think it actually would’ve been very disrespectful, to be honest with you, not taking” the call.

“I heard the call was coming probably an hour or two before. I fully understand the One-China policy, but I don’t know why we have to be bound by a One-China policy unless we make a deal with China having to do with other things, including trade,” Trump told Wallace. “I mean, look, we’re being hurt very badly by China with devaluation, with taxing us heavy at the borders when we don’t tax them, with building a massive fortress in the middle of the South China Sea, which they shouldn’t be doing, and frankly with not helping us at all with North Korea.”

Trump implied Sunday he would not hesitate to push China until it works on trade and its ties with North Korea.

“I don’t want China dictating to me and this was a call put into me. I didn’t make the call, and it was a call, very short call saying congratulations, sir, on the victory. It was a very nice call. Short,” Trump added.