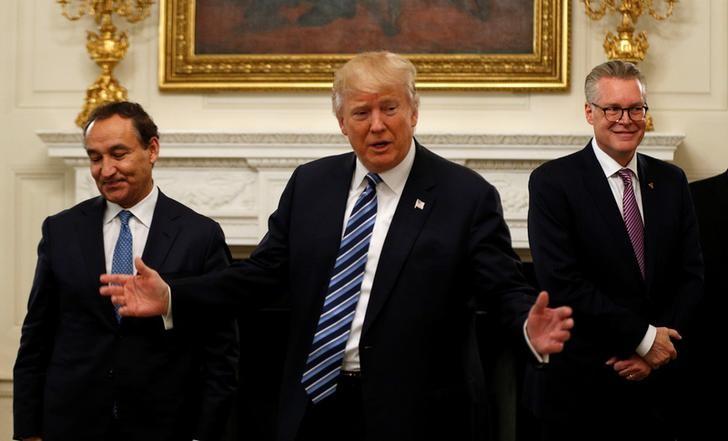 President Trump to his conservative critics: I read you loud and clear!
After coming under criticism from many on the right — most prominently, the Drudge Report — for seeming to move popular campaign promises like repealing ObamaCare and tax cuts to the back burner, this morning Trump promised that a “phenomenal” tax reform package will be presented in the next two to three weeks.

Speaking to airline executives at the White House, Trump empathized with the burdensome regulatory climate the industry is operating under, and promised to begin making reforms.

“We want to help you realize these goals by rolling back burdensome regulations, and you people are regulated probably as much as almost anybody,” Trump said. “We have a regulatory morass that’s a disaster.”

He also promised a round of tax cuts.

“Lowering the overall tax burden on American business is big league, that’s coming along very well,” Trump said. “We’re way ahead of schedule, I believe. And we’re going to be announcing something — I would say over the next two or three weeks — that will be phenomenal.”

There likewise seems to be a renewed push for repealing ObamaCare this year. Sen. Tom Barrasso — who is one of the organizers in the effort to craft a replacement package — said he’s “convinced” ObamaCare will be repealed this year.