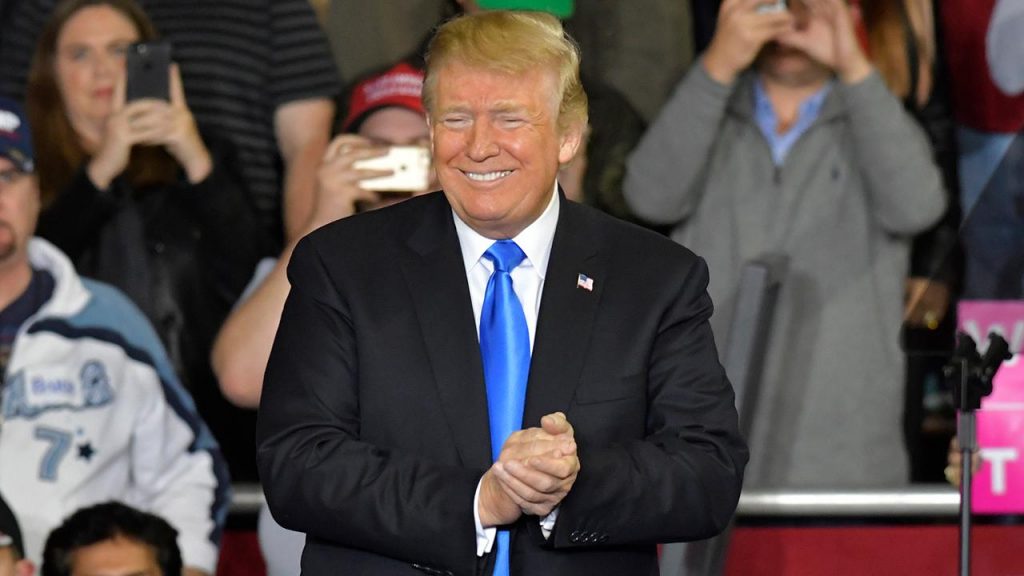 President Trump hosted his third wide-ranging rally of the midterm season in Montana on Thursday night, where he urged voters to “never forget Benghazi” and praised Republican Rep. Greg Gianforte, who pleaded guilty to body slamming a reporter last year, as a “tough cookie.”

Only three other sitting presidents have ever visited Missoula, where between 6,000 and 8,000 people were attending the event at the Minuteman Aviation hangar, according to The Misssoulian.

“I love these hangars,” Trump said at the opening of the rally, as the crowd chanted “USA!” He continued: “I love a hangar. There’s nothing like a hangar. You get out of the plane, you walk over, and you have massive crowds.” Later, Trump remarked repeatedly that he was underneath a “beautiful, beautiful, big sky.”

He quickly turned to Gianforte, advising the crowd: “Never wrestle him. Any guy that can do a body slam, he’s my kind of guy.”