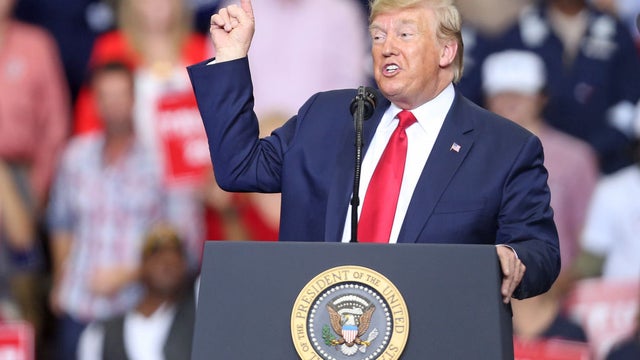 “It’s all a hoax. It’s a scam,” Trump told a cheering crowd at the Monroe Civic Center in Louisiana.

Trump also continued his attacks on the credibility of the anonymous whistleblower who raised alarm about the call, accusing the individual of making a “horrible statement” about the call and claiming without evidence that the person had “disappeared” after the White House released a transcript of it.