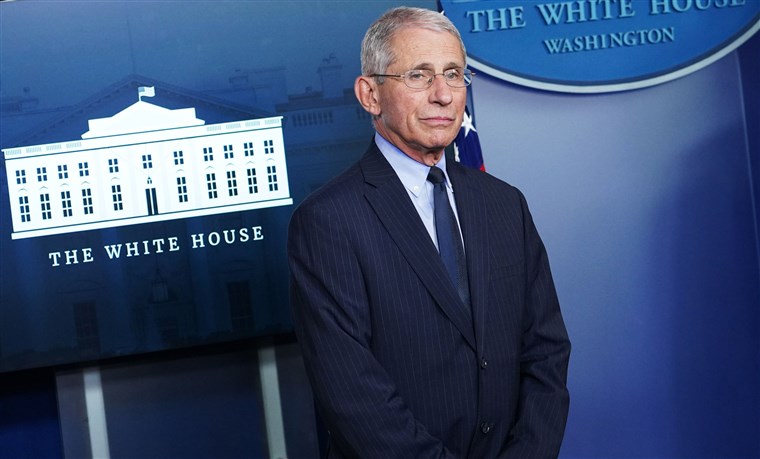 President Trump sparked speculation about his relationship with the country’s top disease expert Sunday night after he retweeted a post that called for the doctor’s job.

Trump used statements Dr. Anthony Fauci made in February as evidence that a recent New York Times report that said he was slow to act on the coronavirus outbreak was “fake news.”

Fauci, the director of the National Institute of Allergy and Infectious Diseases, was asked about the report on CNN and admitted that earlier action could have saved more lives. The Times’ report said Trump played down the seriousness of the virus throughout January.

FAUCI ‘CAN’T GUARANTEE’ PHYSICAL VOTING WILL BE SAFE IN NOVEMBER

DeAnna Lorraine, a former Republican congressional candidate, called out Fauci in her own tweet and said he told people in late February that “there was nothing to worry about and it posed no threat to the US public at large. Time to #FireFauci.”