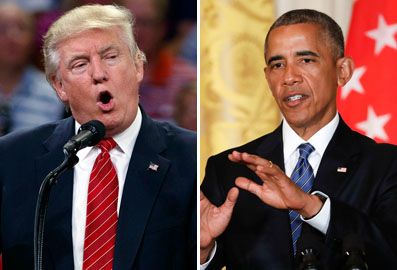 Donald Trump charged President Barack Obama on Wednesday with being the founder of the Islamic State during a campaign rally in Florida.

“In many respects, you know, they honor President Obama,” Trump said during a campaign stop in Fort Lauderdale. “He is the founder of ISIS.”

Trump has long accused Obama and Clinton for pursuing Middle East policies that created a power vacuum in Iraq that was exploited by Islamic State. He had criticized Obama for announcing he would yank U.S. troops out of Iraq, which Obama critics believe created the instability in which extremist groups thrive.

The White House had yet to comment on Trump’s remarks.