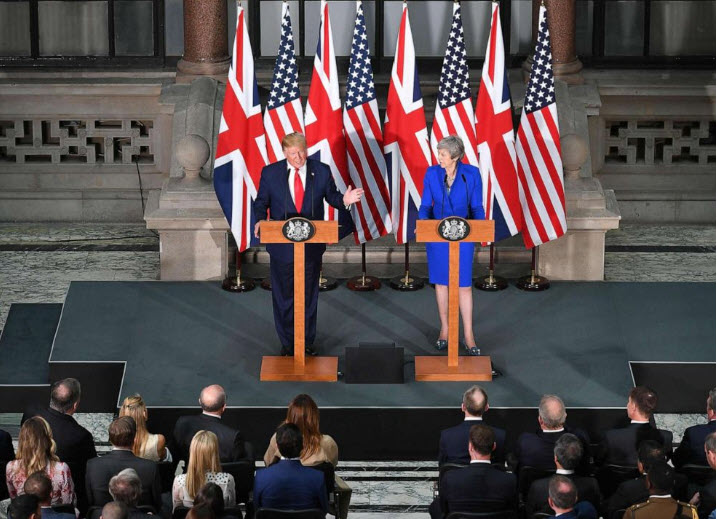 President Trump on Tuesday, in a press conference with outgoing U.K. Prime Minister Theresa May, blasted his British left-wing critics as a “negative force” — and confirmed that he snubbed the leader of the opposition Labour Party when he sought a sit-down.

“I don’t know Jeremy Corbyn, never met him, never spoke to him — he wanted to meet today or tomorrow and I decided I would not do that,” Trump told reporters at the London press conference.

“I think that he is, from where I come from, somewhat of a negative force. I think people should look to do things correctly as opposed to criticize. I really don’t like critics as much as I like and respect people who get things done,” he said.

Corbyn, the Labour Party leader and a veteran left-wing activist, was attending an anti-Trump protest as the press conference was ongoing. During that, he said he was “not, absolutely not, refusing to meet anybody.”