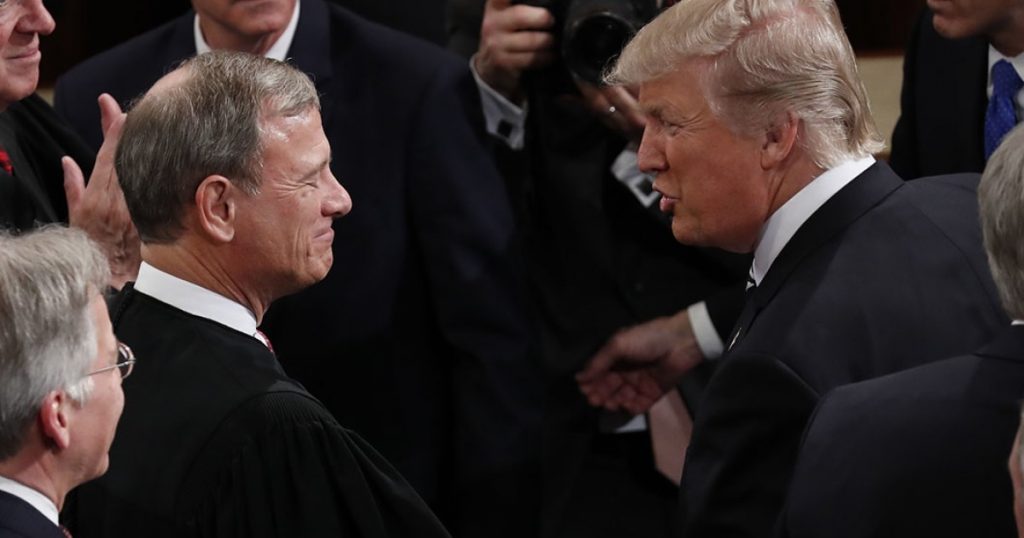 President Trump lit up the 9th Circuit Court of Appeals on Thanksgiving Day, continuing a public fight he’s been having this week with Supreme Court Chief Justice John Roberts.

“Justice Roberts can say what he wants, but the 9th Circuit is a complete & total disaster,” Trump tweeted early Thursday morning. “It is out of control, has a horrible reputation, is overturned more than any Circuit in the Country, 79%, & is used to get an almost guaranteed result.”

“Judges must not Legislate Security and Safety at the Border, or anywhere else,” he continued. “They know nothing about it and are making our Country unsafe. Our great Law Enforcement professionals MUST BE ALLOWED TO DO THEIR JOB! If not there will be only bedlam, chaos, injury and death. We want the Constitution as written!”

Trump has been in a back-and-forth with the Judicial Branch of government this week, starting when he said an “Obama judge” ruled against his border policy.