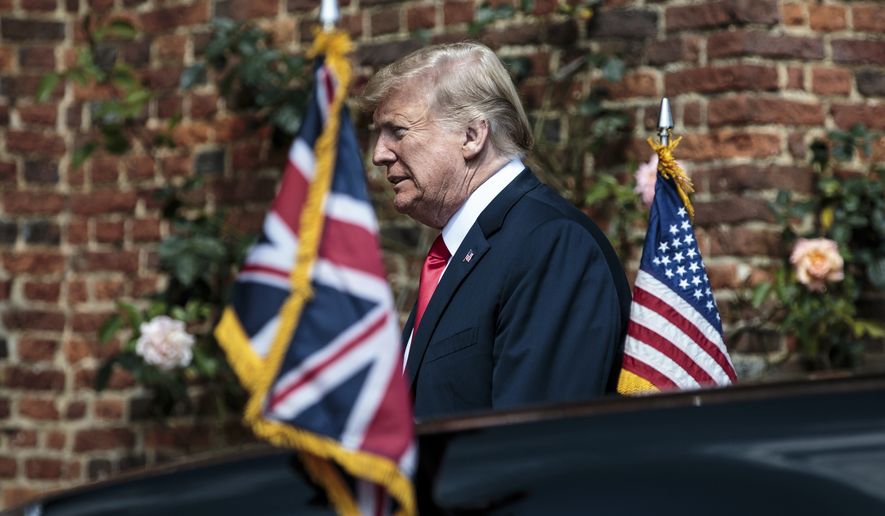 “After watching the man that was testifying yesterday, I’d call it the rigged witch hunt,” Mr. Trump said at a press conference in England, bemoaning that the difference in time zones prevented him from seeing much of the stormy House hearing.

As he prepares to meet with Russian President Vladimir Putin Monday in Helsinki, Finland, Mr. Trump said of the special counsel’s probe, “we’re being hurt very badly by the rigged witch hunt. I think that really hurts our country.”

“It really hurts our relationship with Russia,” Mr. Trump said.