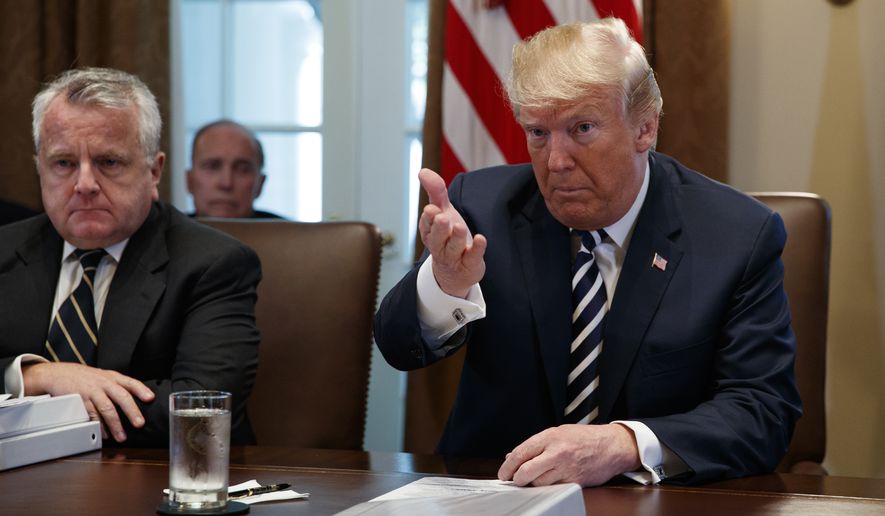 President Trump said Wednesday he will push ahead with upgrading sections of the border wall in California, apparently reversing his early vow not to do any more wall construction in the state until Congress approved his full border barrier.

Mr. Trump, who has feuded with Gov. Jerry Brown over California’s sanctuary policies and resistance to the administration’s stepped-up enforcement, said he would overlook those differences and allow wall upgrades to about 28 miles of the border in the San Diego sector.

“San Diego has asked us to go forward with their section of the wall in California. And rather than not doing that and letting them lobby for us with Governor Brown, we decided to do it,” the president said at a meeting with his Cabinet. “We’ll have a little bit less of a lobby, but we’ll have a lot of people happy in San Diego.”

His announcement came just as administration officials were giving an update on the president’s deployment of National Guard troops to the border.